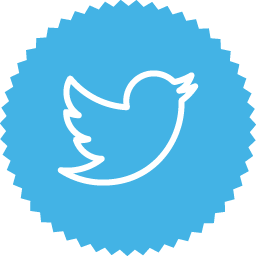 ‘It’s a bit more nuanced than that’

This is becoming my favourite phrases of late. Why is that?

Working as I do as a social media manager, I spend most hours of the day either on social networks of all shapes and sizes.

I think that social media taken as a whole, can be a fantastic tool for society. It’s quicker way of keeping in touch with the people and things we care about, and has revolutionised customer service in a way that is still sending shockwaves through many industries, five years after ‘United Breaks Guitars’.

It's excellent for spreading important news, whatever the industry, as far and wide as digitally possible.

But there is one question that is really starting to play on my mind, and I’ve never quite been able to get my head around it as a concept. I guess this is my attempt to try.

In life, we all know that we are involved in thousands of interactions on a daily basis - from the mundane (buying a coffee, catching the bus), to the important (meetings, deadlines, personal chores and errands), to the truly important (spending time with friends, family and loved ones). These interactions, whether small, medium or large, all become part of the story of us. We carry these around with us, and they make us what we are today, and help to make us what we will be tomorrow.

Over millions of years, we have had wide-ranging conversations about nearly every topic known to man: whether God exists, whether capital punishment is right or wrong, why does asparagus make our pee smell funny, should the success of a society be defined by it’s strongest or weakest links. And refreshingly, we’re still having them today.

The sad thing is though, I’m not entirely sure that we’re having them properly.

Nothing is better for me than to sit down and have a debate about politics, religion, sport or relationships. But now, with the advent of Twitter, I sometimes wonder if we are losing the ability to have nuanced discussions about these topics.

Policies are expected to be able to be summed up in a Tweet or less before another source gets to it first. In the age of information, we are still very much in thrall to the reductive power of the headline.

That is not to say that the headline is not important. It is. We need headlines. But they are what they are: markers, FAOs, have-a-look-at-thisses. But how many times have you been infuriated by something you read in a headline, only to read the article and realise that maybe the writer in question has a point?

And furthermore, how many articles do you share without actually reading?

This is not necessarily the person or brand sharing it's fault. We are all culpable in this, and articles are shared online with the implicit expectation that they should be read.

We have more information than ever at our disposal these days - and we are in thrall to the speed at which it is delivered to us.

We make a lot of hoo-hah online about the freedom that mediums such at Twitter give us to express our views. Yet isn’t it ironic that we are expected to express these views within 140 characters?

How can an argument on Twitter be anything other than reductive when we are limited in that way?

We are all expected, like politicians, to have a perfect soundbite to silence our critics that doesn’t run a letter over 140 characters. How can you be expected to come up with a nuanced argument in 140 characters?! I can’t sum up my views on politics, religion or even Morrissey’s career in 140 characters. I shouldn’t have to - we have a whole life of experiences, and a whole raft of sources to draw on, and conversation is really enough of a TL:DR way of summing it all up anyway.

Nuance is important. Nuance is vital when debating. The less we are trained to look at the nuances of a certain case (the Oscar Pistorius trial, Shrien Dewani’s acquittal, Plebgate), the more we are in danger of turning Twitter, a fun medium for conversation, into a reductive shit-hole ruled by people fluent in Newspeak.

How much nuance do you see in the average debate on Twitter? How many sources to you see cited, beyond the tweeter’s own truncated opinion?

Syme from 1984 makes this point fantastically well. Read this passage, and it almost describes Twitter to a tee (thanks to Nick Lewis for pulling out these quotes on his blog):

‘Don’t you see that the whole aim of Newspeak is to narrow the range of thought? In the end we shall make thoughtcrime literally impossible, because there will be no words in which to express it. Every concept that can ever be needed, will be expressed by exactly one word, with its meaning rigidly defined and all its subsidiary meanings rubbed out and forgotten…’

‘Every year fewer and fewer words, and the range of consciousness always a little smaller. Even now, of course, there’s no reason or excuse for committing thoughtcrime. It’s merely a question of self-discipline, reality-control. But in the end there won’t be any need even for that. The Revolution will be complete when the language is perfect.’

My point in this rambling post is not to decry Twitter, but to decry the assumption that having a platform with a limit of 140 characters somehow represents some kind of thriving, intellectual community, when in fact it is just a shorthand way of having a casual chat about the matters of the day.

People in powerful positions like to talk about the democratising power of social media because they realise the power that it gives them. If you can provide a 140-character sum-up of a report, who is really going to bother reading the full report? Twitter is based on headlines. People like me are paid to make them.

I mean, how many people actually read the terms and conditions before they signed up to a social media platform?

By buying into the myth that Twitter is somehow a democratic force for good (it isn’t, it’s just a platform), rather than a social network for people to share ideas on, or the internet equivalent of an echo chamber, magnifying the sound of a pin dropping a thousand fold, is misguided. We need to think beyond this. We need to be having the big conversations, and stop thinking that Twitter is the ideal or best place to have it.

Rolling news channels are always asking us to Tweet what we think of an issue of the day to them. Yet many issues are beyond the grasp of somebody to make sense of in such little time and space.

140 characters can make morons of us all sometimes.

I am convinced that we are all much more than that. 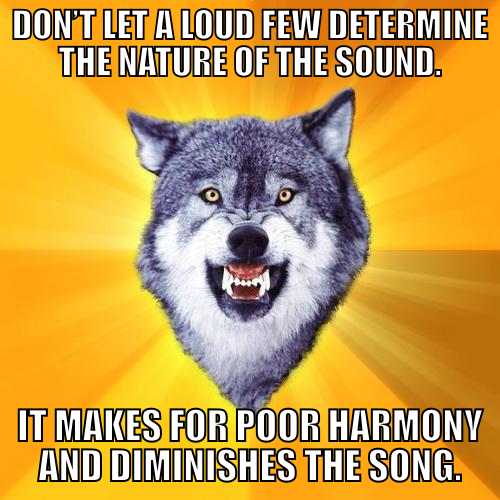