Lily Cole and the nonsense paradigm

Yesterday I had the misfortune to read one of the most baffling pieces of sixth-form prose that I'd ever set eyes upon.

Lily Cole, supermodel/actress/clever-clogs has recently launched an app and website by the name of impossible.com - in which she boldly proclaims will not only boost the UK's happiness (and in turn it's GDP, natch), but foster a gifting economy, in which favours are traded freely between people.

Or, in Lily's words:


The first manifestation of this idea, for me, has centered around the gift economy, a concept written about mostly by anthropologists but that the British government understands as having a bigger presence in the UK than GDP. The difference between the gift paradigm and more typical exchange paradigms sits largely in the rumour of reciprocity.

In exchange paradigms, return is quantified and direct. In giving paradigms, reciprocity exists but it is generalized and not quantified. When something is done for “the other” – for the act of giving – a subtle bond is understood to be created between the two people. And that action is understood to trigger reciprocity. Imagine what happens at scale: social cohesion.

So I deeply believe in the social value a gift paradigm might offer, and set out on this seemingly impossible journey to build tools to encourage one. Again, and again, I told people about the idea and they have gave to it – time and resources, from legal work to the development itself. I have been blown away by people’s generosity, and so it has become, on many levels, a self-fulfilling prophecy. We have built a social network that allows people to post “wishes” – things they may want, need or offer, which are then shown to other people on the platform based on location, on existing friendship groups, and through matching content (i.e. #cooking). The only currency is an abundant one: saying thank you, which is always public.

And to top it all off, it's being funded by the UK tax-payer to the tune of £200k - small-fry I know, but remember, technically this makes us her investors. Did we get a chance to do our own due diligence on this?

So far, people have mostly been requesting either world peace or new shoes.

I'm not going to spend a whole article criticising Cole for having the temerity to have an idea, or take the piss out if the fact that a supermodel can get a double-first from Cambridge. A lot of the criticism of her seems to revolve around her already-privileged lifestyle (an estimated £10 million fortune), her humble bragging ('after a fascinating day with the UN foundation, I visited the White House on the way home') and her highfalutin name-dropping ('A few weeks ago, I spoke with the world wide web’s inventor, MIT’s Tim Berners-Lee'). So far, so standard celebrity. It's nothing new.

But Lily - just to be clear, being very clever doesn't mean that you aren't capable of being misguided.

This gifting economy that you are speaking of - doesn't that already exist?

People are sharing their time - with families, friends and loved ones. In addition to this, they are also volunteering at food banks and donating charities.

Take a look at this chart from CAF - you'll see that the UK is sitting pretty in sixth place. 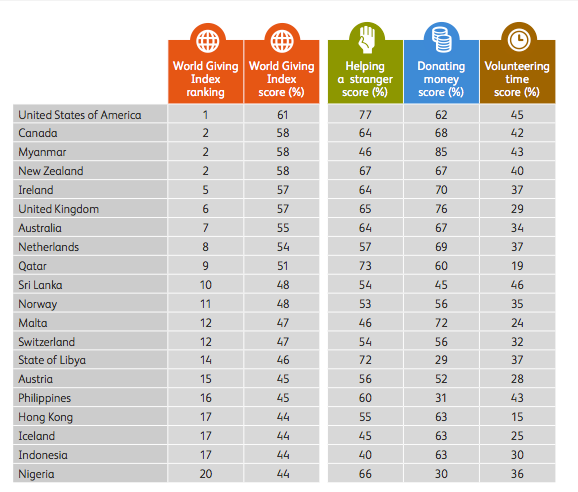 In addition to giving their time freely they are also expected to spend more time at work, to contribute towards the economy, and to pay income tax on what they earn - trying in vain to plug the gap where the government has failed to ensure corporations and wealthy individuals pay their fair share. 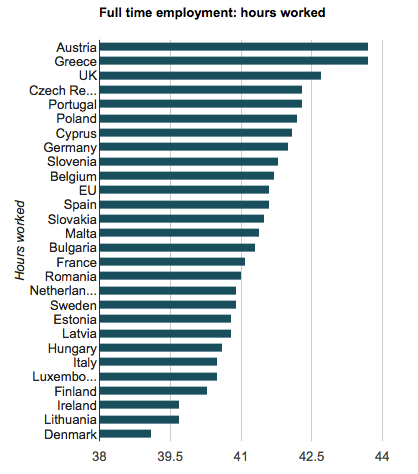 The problem with this is it provides nothing - literally nothing of any tangible use in the battle against inequality, and the mean-hearted concepts that prevent people from taking part in the sharing economy.

So Lily - on top of all the sharing we're already doing, you want people to get together and walk each others dogs?

It's a nice idea, sure. That's why people are already doing this up and down the country. People are setting up youth clubs and societies to protect and look after the vulnerable and the elderly - engaging with people currently banished to the outskirts of society.

And the shittiest part of the equation? Many of these organisations will never see anything close to the £200k that you received from the government to put out an app which enables people to wish for expensive shoes and foreign holidays.

We live in a sharing economy - it's just that some people put more than their fair share in already, Lily.

Stop asking them to walk your dog for you and give the money back.

Posted by Unknown at Friday, March 21, 2014 No comments: Links to this post