Does Silicon Valley hate the homeless? 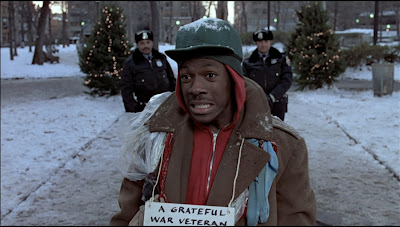 A lot has been written about the problems in San Francisco and the Silicon Vally area – regarding house prices, infrastructure, and the growing gap between rich and poor, which has resulted in a form of 'hyper-gentrification' that has forced many normal residents (the ones without IPO cash or well-paid jobs at Google, Twitter or Facebook) to leave town.

But one thing that many people have failed to spot in amongst all of these separate (though interlinked) issues is one glaringly obvious truth: many of the rich denizens of Silicon Valley hate poor people.

This was illustrated recently when Greg Gopman of AngelHack (which runs on the successful formula of taking two overused words in the startup lexicon and mashing them together) typed out this charming missive on Facebook:

Just got back to SF. I've traveled around the world and I gotta say there is nothing more grotesque than walking down market st in San Francisco. Why the heart of our city has to be overrun by crazy, homeless, drug dealers, dropouts, and trash I have no clue. Each time I pass it my love affair with SF dies a little.


He later apologised for this rant – which is pretty meaningless considering that he got a certain distance in life actually thinking in this way – but some of his friends immediately took up the poor-bashing baton and ran it to it's logical conclusion:

"Don't apologize to those bleeding heart liberals out there. They are part of the problem because they condone parasitic behavior [SIC]. I've traveled all over the world (including third world countries) and San Francisco is the only place where I've seen people (the homeless) taking a shit on the street. If it were up to me I'd put them all in labor camps. Speak your mind and don't be afraid of offending others. Remember what Dr. Seuss says: "Be who you are and say what you feel, because those who mind don't matter and those who matter don't mind."


Using Dr. Seuss to justify the fact that your friend is a prick is a great bit of positioning.

So why all the hate? I'll tell you why: it's because they're scared.

Homeless people, poor people, normal people – they're horrible to some techies. They represent a future that they may one day experience – some people get rich, some people lose everything, some people just do okay. Western capitalism is a sickening, scary game sometimes, and these precious little snowflakes would rather not be reminded of it.

When you're trying to cultivate a bubble, and 'failure is not an option' to you, being presented with your worst nightmare every day (being normal, not being privileged, being unlucky, not being white) snaps you back into the real world, and the attendant problems that it has.

Being poor is scarier to them than the vampire from Salem's Lot – and the kicker is that they just can't close the book or stop the movie.

But rather than do something about it, and maybe try and get an effective insurance policy in place should they be unlucky (invest in improving public services, look at how to actively reduce poverty, look at how they can make their city a cleaner, safer place to live for all), they would rather 'disrupt' the current homeless and less-well-off population by moving them out, so they can live in their own private utopia. By all means come on in, serve us our coffee, drive our busses and clean our toilets – but wipe your feet before you come in, and close the door on your way out.

You guys are smart – work it out. Find us an answer. It could be the best thing to come out of the San Francisco since Harvey Milk.
Posted by Unknown at Sunday, December 15, 2013