Education? It's not a big deal to Peter Thiel 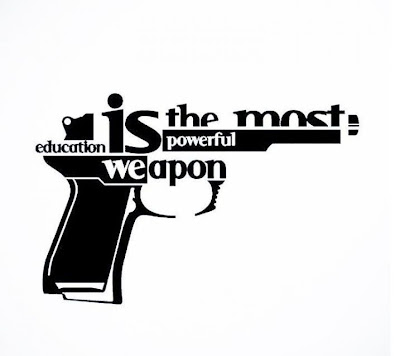 Education is important. Duh. There’s a statement to open with. But it’s true. As Nelson Mandela once said, it’s the ‘weapon which you can use to change the world’.

If it wasn’t for education, I wouldn’t be where I am today. I am very aware that there is a ceiling when it comes to achieving what you want to achieve in life, and it’s not always fair, but I have always tried my best to crash through it. It’s what drives me. Knowledge and tuition has helped me with this when the outside world has been found wanting.

So it does annoy me when a collection of Ivy League-educated venture capitalists claiming that the education system that spawned them is broken.

Broken. Let’s dwell a second on that word whilst we hear a story about Paypal founder Peter Thiel's latest idea. Just to refresh your memory, Thiel is a man so in love with the Randian idea that this world is broken and beyond repair that, rather than ‘fix it’, he wants to build his own island for rich people.

His latest wheeze? He’s set up a scholarship programme that rewards people for not going to college.

The outcome so far? $34 million dollars in money ‘raised’ (borrowed, in other words), no doubt from Thiel’s venture capitalist buddies, and a sprayable caffeine idea that sounds like a bad idea from a late-90s sci-fi show.

Firstly, he graduated from Stanford, therefore he completed his education. I don’t care what he says, that must have been an influence on his future success. Frankly, if he suggests otherwise, he’s bullshitting us all - himself included. So technically he can claim he succeeded despite the help of a lavish college education at one of the finest institutions in the world. Bully for you, Pete. I'm sure your gold-plated education has nothing to do with your success.

Secondly, he’s waving money in front of teenagers (who are notoriously scrupulous with their money - I am speaking from painful experience here) and asking them to gamble their future on an idea - the problem being that more than a few of them sound incredibly vague, or a product from a home-shopping channel.

Let’s be honest, the relative success rate of entrepreneurs makes for depressing reading. For every Mark Zuckerburg and Peter Theil, there are a hundreds of thousands of people who didn’t quite make it. Tellingly, none of Thiel's kids have made any money yet.

Asking kids to mortgage their own future at this stage in their lives, when they should be hanging around with people their own age and having the freedom to fail when the stakes are much lower, is manipulating their naivety at best, and piggybacking on their ideas at it’s most cynical.

But then again, exploiting teenagers ideas is no big deal when you’re Peter Thiel - if he had his way they’d probably all be working on his island for less than minimum wage.

Good luck, Thiel fellows - you're going to need it. Just don't count on too much assistance from the man himself - he's probably going to be too busy lecturing at his old college for you to get hold of him.