Why does Twitter allow people to be harassed on their site? 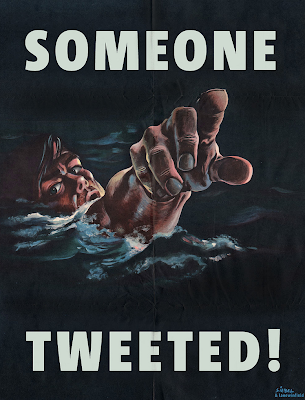 I'm troubled by the recent developments over on the dark side of Twitter, where a woman by the name of Caroline Criado-Perez was subjected to threats of sexual abuse after successfully campaigning for, of all things, a woman to appear on the new £10 banknote.

Abuse of any kind is awful, and society as a whole needs to take responsibility for the actions of the minority in this case. Why do we produce these morons? Where do they come from?

But Twitter must take a hefty share of the blame for refusing to acknowledge something that even Reddit is good at: that good reporting tools and administration systems allow both victims and alleged perpetrators to go through a regulated digital system.

What annoys me most about this case is the classic Silicon Valley brand of libertarianism that Twitter are displaying in telling Criado-Perez to contact the police to lodge a complaint regarding abuse happening on their platform, because, essentially, it's not their problem. They only created the model. They don't have to manage it.

It's no different than the banks turning to the governments back in 2008 when the economy went to shit. They're relying on a regulatory body they don't even respect to clean up their mess, and ultimately we all end up paying for it.

We know that the police can act on crimes and threats against individuals, but it is also the responsibility of the platforms to have proper reporting systems in place.

The fact that Twitter try to set themselves up as a bastion of free speech and open discourse is admirable. In fact, I support any platform than allows such diverse figures and groups as The Dalai Lama, David Icke, The EDL and The Westboro Baptist Church to be able to have their say, no matter how right, wrong, purple or green they are.

But being able to have a sensible, balanced debate is quite different from being on the receiving end of threats and abusive messages.

I'm not going to start misquoting Voltaire here, but I think that a platform that allows lots of diverse views to be aired, but also to be challenged and debunked if needs be, is fundamentally A Good Thing.

We mustn't get confused between reporting abuse and censorship. We need proper abuse reporting on Twitter, and we need it now.

Token regulation when creating a platform and expecting an external system that your ideological beliefs barely tolerate to manage it is lazy at best, and dangerous at worst.

Ultimately, I believe that Twitter believes more about a user base, and monetising that user base,  than the personal safety of an individual user using that platform. And until they have proper reporting and blocking systems in place, they won't be convincing me otherwise.

If you believe that Twitter should introduce proper, robust reporting tools, then please sign this petition and make your voice heard.
Posted by Unknown at Tuesday, July 30, 2013