Google Glass: a warning from history 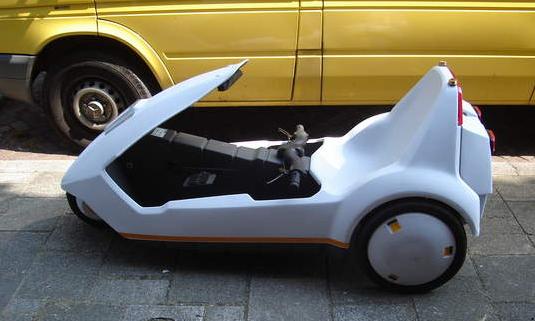 I’m not a fan of Google Glass. There, I’ve said it. If you’re a fan of it, feel free to start throwing rocks at me right about now. Frankly, I don’t care.

Normally, I’m a big fan of change, and innovation. It’s what drives an economy forward, what creates new opportunities, and it feeds itself. To me, the phrase ‘If it isn’t broke, don’t fix it’ is a cop-out of massive proportions. It’s the easy way out of having to do anything, and it’s often used by people who are scared of change, and want the world to stay exactly the same. If that was the case, I don’t think we’d have ever invented fire, the wheel, or allowed Breaking Bad to mature into one of the greatest TV shows ever produced.

But am I the only one who thinks that Google Glass is just a creepy load of old cack?

For starters, I’m yet to see one person wearing a pair of them that doesn’t look like a prat. 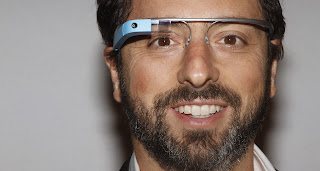 I mean, come on! They may look okay on a model, or on Sergei Brin (aka not-quite Tony Stark), but on you and me? I don’t know about you, but I’m more likely to end up looking more like a Bullseye contestant. 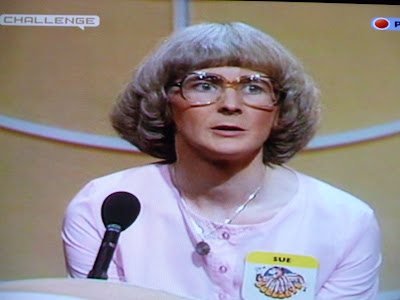 Also, Robert Scoble wears them. In public toilets. And whilst he’s not a pervert, I’d certainly get a bit creeped out having somebody standing next to me at the urinals wearing one of those. I’d get pee-shy if I knew there was a risk I could end up on the internet. Seriously, the potential for perving with these bad boys is huge.

Also, think about how people would react around you. Yes, the world is becoming more technologically advanced by the nano-second, but don’t forget that some people are still fundamentally a bit scared of having their pictures taken, let alone being recorded. These aren’t just insecure wallflowers - these are people who value their privacy. Who would like to perhaps have a conversation with you without having to worry about their vocal mannerisms, their nervous tic, or even just wanting to have an off-the-record chat? Yes, I know that products are designed with the vast majority of decent people in mind, but this is still a bit of a kick in the face for good old-fashioned privacy.

With that said, I don’t think wearable technology is a fad. Clearly it isn’t. It’s here to stay, and we’ve been augmenting ourselves since the dawn of time with wearable innovations (shoes, clothes, glasses, watches). But that doesn’t stop me from wondering why a pair of goggles is being seen as something truly groundbreaking. I’d prefer something less intrusive, less showy. A bit more refined. This is a bad use of wearable tech.

In the confines of Silicon Valley/Roundabout, walking around with a pair of interactive goggles on marks you out as a real trendsetter, surfing the bleeding edge with gay abandon. I’m imagining walking around with this technology in Manchester, other areas of London. Not quite so cosy and new-tech now, is it? Now you just look like a simpleton with some lenseless specs.

Google, remember: to Sir Clive Sinclair, the C5 seemed like a great idea at the time. To Alan Sugar, the GX4000 and the eM@iler seemed like great ideas. History is telling you something, Google: Don’t get carried away by the limited success of your other hardware products and think that you are above a failure of this magnitude.

Every tech disaster was a ‘great idea’ at some point.
Posted by Unknown at Wednesday, April 24, 2013 No comments: Links to this post

Viral videos: anecdotes for the illiterate? 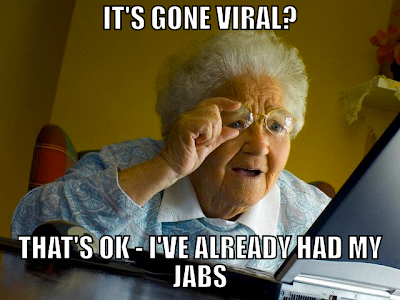 Frank Skinner, who is for my money one of the most naturally funny comedians around, made a very interesting comment on his radio show last Saturday (which I'd recommend catching up with on iTunes).

When talking about viral videos, he referred to them as 'anecdotes for the illiterate' - meaning that simply sharing a video or a picture on a social network is a way that idiots can share something funny without thinking too much about it.

Up to a certain level, I agree with him - you only have to look at the silly posts flying around in the wake of the tragic events in Boston this week, and in countless other events in the past, which I covered in a blog post last week.

But beyond that, I don't. I know that Frank is being flippant, and his disregard for social media is on record, but story-telling in this manner (using pictures) is just a modern way of sharing information and building ties with others.

When we share an interesting video or picture with our friends on social media, we are participating in a practice that goes back millions of years. From caves to campfires, churches to cinemas, Youtube to Vine - we are telling stories to each other, whatever the medium.

It's a clunky metaphor, but when we're sharing videos and pictures online, we're simply daubing our digital caves in paint. The only difference nowadays is that more people have the opportunity to see it.

So share away, and share YOUR way - but do so responsibly. Remember that, to a certain extent, your online identity, your work and your personal, have been inextricably linked like never before in this hyper-connected world we live in.

Posted by Unknown at Thursday, April 18, 2013 No comments: Links to this post

From Sandy Hook to Derby: Facebook memorial fraud, the dark side of online catharsis

This week has frankly, been a pretty horrible one in terms of news.

The tragedy of what unfolded in the home of Mick and Mairead Philpott in May 2012 should not be excused or blamed on a culture of any kind - benefits, working class or any other. It was a shocking, terrible crime with an equally tragic outcome.

Sadly, as per usual, the unedifying facts of the case, and the outcome, has brought out the more odious elements on our social networks here in the UK. Like lifting a rock to find all kinds of creepy crawlies underneath, our newsfeeds have become flooded with images and updates we'd rather not see.

Who really gained anything from posting this? 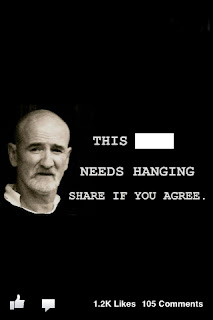 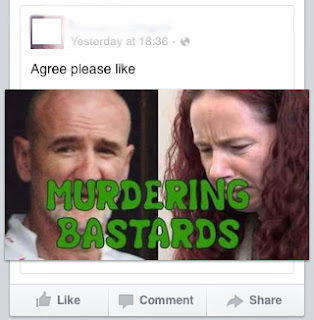 Sadly, somebody does gain out of it. What upsets me about this kind of expression is that the people who cooked up these memes don’t do it because they want people to be able to express grief, or indulge in any form of social catharsis (rightly or wrongly). Most of the time, the memorial pages that create this content are set up and moderated by individuals who are trying to ‘farm’ likes and shares on Facebook, in order to grow a page which will then be sold to the highest bidder.

It has happened before, with the precedent being set during the aftermath of the Sandy Hook shooting in December - lots of hoax memorial pages set up on Facebook to exploit people’s genuine grief.

Here’s an explanation of the phenomena from a recent episode of BBC’s Saturday edition.

So in short? Please be careful of what you share. Chances are the people sharing these images and liking these pages are being exploited by those wanting to make a pretty penny.

So what can we do to try and stop these hoaxes spreading NOW?

Report them - but please don’t feed the pockets of online fraudsters by sharing these images.

No ifs, no buts - it has no place in society. We need to show now more than ever that social media can be a tool for real, positive change - not just in getting the big things right, but in setting right the injustices we see in our collective newsfeeds every day.

Let's take our social media back from the fraudsters!

Fight back against the hoaxers - and remember, together the ants can conquer the elephant.

Posted by Unknown at Friday, April 05, 2013 No comments: Links to this post