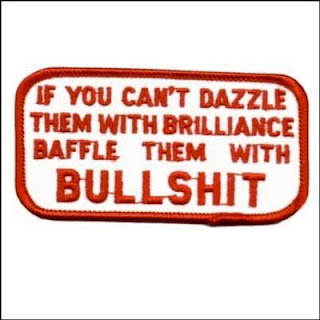 Everybody loves a good story. Myths, urban legends and memes have been around in society for as long as we have. Storytelling is a way of passing on information, of building cohesion within a group, and even forming groups.

The campfire effect that social media engenders means it’s the perfect platform for these ideas to take hold and become contagious - it’s built to complement and mirror our offline society, and is fundamentally centred around emotive content. 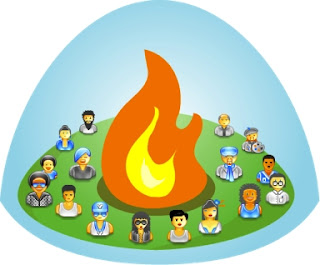 Hoax stories have always existed in some form. From legends about good and evil told to keep villagers on the straight and narrow, to modern ones about our Coca-Cola being infected by terrorists, it’s a way of expressing our own fears and opinions by proxy.

With social media, the rise of Slacktivism, and the ease at which we can spread stories, it’s becoming easier and easier to spread these stories at the click of a button. Elements existing on the Left and Right wing of politics know this very well - hence the attention paid to the social media element of a campaign.

We are emotional creatures. That’s how we operate, and hoaxes and stories are often designed to play on our subconscious fears and desires. That’s where a lot of ‘I’m not racist, but...’ opinions come from. It’s how the phrases such as ‘squeezed middle’ and the phrase ‘Broken Britain’ took hold. Ditto for the phrase ‘hard-working families’ too. If you hear any of these phrases in a Facebook update, Tweet or blog comment from somebody, you can safely assume that it’s somebody trying to manipulate you. Especially if they are a politician!

I’ve seen it take root in my own community, in Reddish, just outside greater Manchester. A former pub (now a builders yard) called The Bull’s Head had a planning application submitted for a mosque.

Cue lots of outrage. But funnily enough, whilst parking was cited as the main issue, lots of comments appeared in the news feed alluding to 4am prayer calls, the ‘Islamification of Britain’, and how they are opposing it to ‘[make] a stand for freedom against evil and slavery not to mention murder and pedophillia (sic)’. All bollocks. Especially the call to prayer bit - having lived in London and Southampton, places with a significant Muslim population, I’ve never once heard a call to prayer. To paraphrase one of the commenters, we live in England, not Afghanistan - therefore it would fall foul of environmental health law.

So, many of these comments and statements are, in short, horseshit. You cannot link sexual violence and murder to a specific established religious movement. It’s like saying all Christians hate gay people - it’s simply not true. It’s the God Complex in full effect - taking a fact that may be true in one sense, and applying it to a whole section of society.

Perhaps the least surprising part of this campaign was that there was a political/protest movement behind this - The EDL (English Defence League). They assisted the campaign, stirred up anger amongst the local residents, and even had admin rights to post on the page. When this was finally revealed, many people in the area felt cheated - they had unwittingly been used as mouthpieces for an organisation that has a patchy record on violence, intimidation and illegal activities.

Let me get this straight - I think that if you don’t want a mosque or place of worship on your doorstep for parking reasons, or if it will significantly affect your quality of life, then by all means you have a right to oppose a planning application. But please, please, please read look into what you are getting involved with, and the people you are siding with - it’s not always clear who is pulling the strings.

But, most importantly don’t feel too upset or angry with yourself - even a local councillor got sucked in.

Regarding the stereotypes, I often experience some cases of lazy generalisations first-hand. As somebody of Romany descent, I often hear people bringing up the usual ‘dog-stealing, tax-dodging, drive-tarmacking, bare-knuckle fighting, bad-dress-wearing’ stereotypes. It’s almost as if people genuinely believe all Gypsies (Irish and Romany) and travellers are of this ilk. It's archaic, and seeing it on Twitter just makes me realise how far we've still got to go before we become a more tolerant society.

It makes me angry, but I know that the worst way that you can tackle bullshit on social platforms is to respond with more anger. When people are emotionally invested in a subject, it takes a great deal of effort to try and reason with them.

In my opinion, the best way to try and counter emotional status updates, or manipulative bullshit, is with solid, provable facts. Which is why this Thursday (9pm GMT) I’m going to be unveiling my very own Internet Myth-Busting Toolkit.

What will it contain? Just lots of links to popular sources that you can use to check questionable status updates or claims. Information, in my opinion, is the best and only way that you can battle untruths online. It’s not about posting under a real or assumed name - it’s about countering fiction and fabrication with solid evidence.

It may not help you to win a battle, or even a war. But it will help you to keep yourself, and the people around you honest and grounded. Check your facts, separate fact from fiction, and just stay honest, which is harder than ever in the day and age that we live in.

Did you enjoy reading this post? Want to see more without having to leave the comfort of your own reader? Then why not subscribe via RSS? And remember - sharing is caring, so if you liked this post feel free to share it by clicking on one of the links below.
Posted by Unknown at Monday, September 10, 2012