One Minute Case Study: Storms In The Northeast 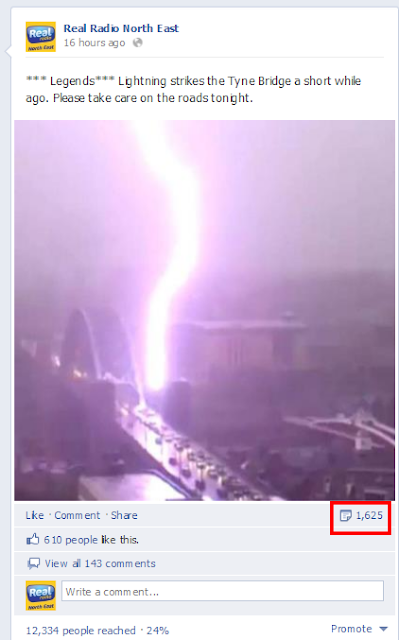 *This blog comes with one of those heavy disclaimer things I like to tag at the start of posts like this - IT'S A WORK THING.*

One of the brands that I currently work for as part of GMG Radio (as it's currently called) is a great one called Real Radio. It's a collection of regionally-branded radio stations that's spread across the north of England, Scotland and Wales.

As a station, they pride themselves on being close to the communities that they broadcast across, and as such, social media is rightly a part of that activity. We set up the regional Facebook accounts at the start of 2011 to provide a central hub for conversations that we wanted to have with our audience on Facebook.   A couple of weeks ago, we found the out the power of using social mediums for sharing timely, relevant content in dramatic fashion

We’ve seen a great example recently of Social engagement at it’s very best, perfectly delivered in the Northeast by which was hit by a sudden and terrible storm.

In addition to keeping the audience updated on air and online with the latest news regarding the storm, the teams also took to our Facebook and Twitter to share news, updates, and most importantly, pictures of the event.

Living as I do in the north of England, I was fascinated by some of the pictures that appeared on the page - especially the one showing lightning striking one of Newcastle’s most famous landmarks, The Tyne Bridge. 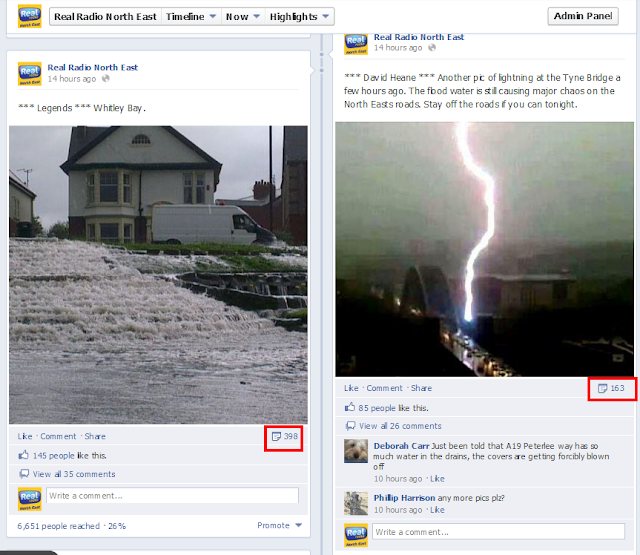 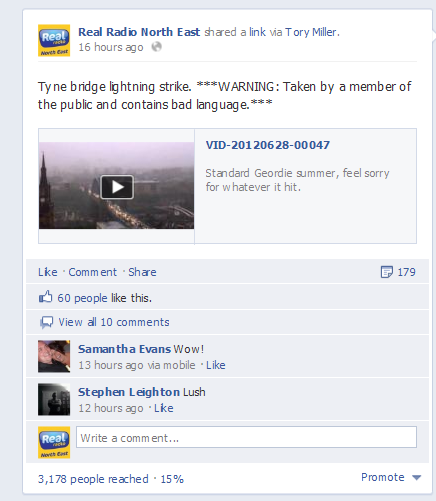 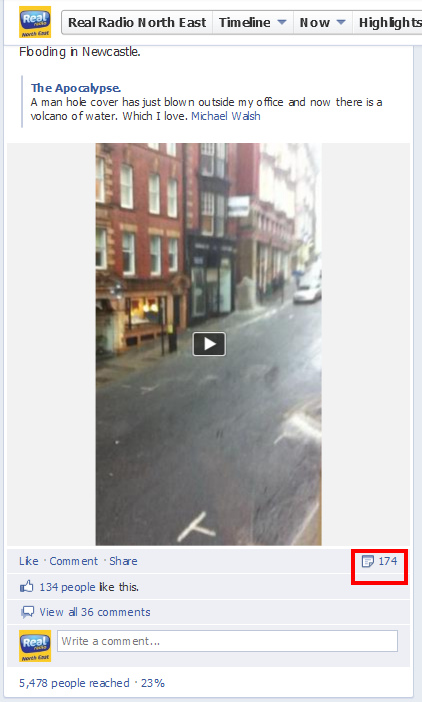 The total number of conversations about the storm on June 28th stands at a mammoth 7,273 - an average of 1,212 comments, like and shares per post. That's a number purely based on virality - no paid-for activity at all.

Even Coca Cola (43 Million fans) didn’t get more than a hand-full of during the same 24 hours when they post to their main wall. So, thanks to the content being so spot on and timely, our posts massively outstripped theirs for conversation and engagement. 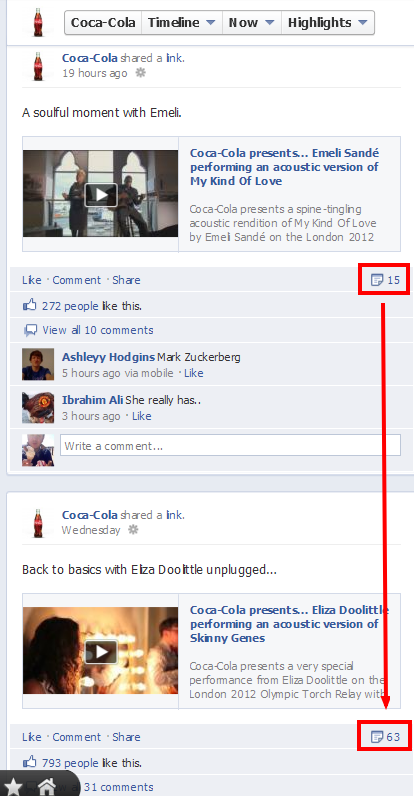 In summary: This is how you can connect best with your audience - by living in the same world as they do and sharing in a conversation about the subjects that matter to them. Not rocket-science, but social media gives us a window into how successful this can be when we get it right. The right content will reach the right people if it is good enough.