Today I stumbled across this really interesting visualisation of the 2012 Republican nomination race. 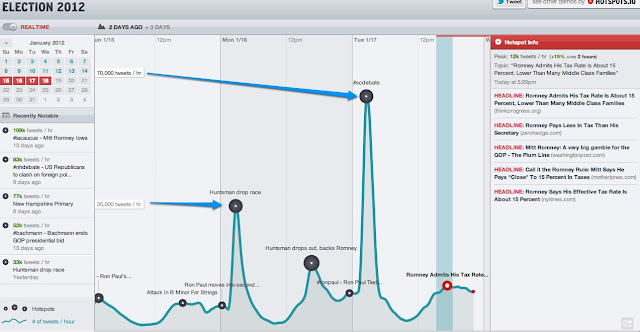 This is the type of data visualisation that I like to see - major props should go to Hotspots.io for taking an already interesting race, and placing it's context within the world of social media.

However, I do have a couple of caveats.

Still - it's a nice, smart visualisation of top-level data, and I'd be interested in seeing what else Hotspots has to offer a serious social media manager/community editor.