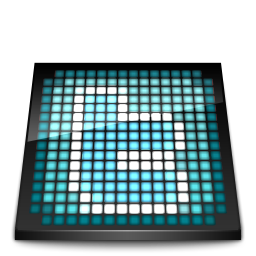 Twitter have always been watching what you write, and censoring accordingly. Now they are making that process more transparent, and it's got the web all in a tizzle.

Uprisings, good or bad, have been shared, and reacted to in realtime on Twitter since the services inception in 2006 - and look! The world hasn't spun off of it's axis. So why the fuss now?

Here's the rub: If your government doesn't like what you have to write about them, Twitter will help them to censor it. Just one step towards keeping the world a safer, less litigious, more profitable place for Twitter? Yes and no.

Censorship of any kind is nearly always a bad thing. Where conversation is stifled, it creates a vacuum. You cannot stop a conversation - it will just shift to another medium.

But at least now Twitter are tacitly giving people the heads up that their service shouldn't be used to plan or organise armed insurrection. That's fine - it just means the kids here will go back to BBM, and elsewhere they'll go back to their closed networks and secret groups. One network's loss of relevancy is another's gain.

Twitter is a reaction to the world around us - it is not the means for mass protest, but I will always be concerned that governments will try to censor information about events and policies that the public in a certain country should know about. I'm not a tabloid journalist, but I believe that authority is there to be challenged, and lies are there to be rooted out. Creating a reverse Iron Curtain on Twitter could be bad for user trust on the platform.

I'm not arguing that Twitter can't be an echo chamber for cretins, racists and the like. But that's life - if you want free speech, that means everybody gets a voice - no exceptions. So I'm opposed to the censorship, but if Twitter want to stay viable, sadly they may have to relinquish some of their taboo-breaking legacy, and tuck their shirt in, so to speak.

It's a shame in my opinion, but hey - that's the path they've got to take, rightly or wrongly, if they want to play nice with governments and make money.