The social future is niche: people are finding it now 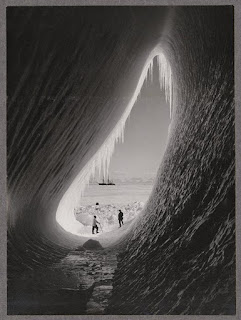 I had a really interesting conversation with one of my bosses at work today. WAIT! COME BACK!

No, seriously, I did. We were talking about the general assumption that Google, Diaspora or any other recently-launched social network faced an almost futile task: To take on Facebook, and WIN.

Let me get this straight - that's not going to happen. And these networks know that.

In the tech world, and the world at large, it's very easy to get carried away by the big numbers. By the fact that Facebook has close to 800 million active users. That it has over 900 million 'objects' to interact with. That your mum, and all of your friends are on there.

That's brilliant, and that's exactly what Mark Zuckerberg set out to achieve.

But that's not necessarily what the other networks want.

Google+ has a significant user base - heavily skewed towards slightly older, affluent males who like to talk about technology and the things they love - even some of the things we don't want to bore our friends and family about. It's somewhere for people to hang out, and it's baked into every element of your Google experience.

When I log onto it, I'm always guaranteed to read something interesting - whether it's from a friend of mine, or an expert in the tech field. Or Britney Spears.

That, in my opinion, makes it more of a spiritual competitor, if anything, to Twitter. And more of a complimentary tool in Google's armoury. It will be successful for completely different reasons to Facebook or Twitter.

With Diaspora, it may be far too early to tell, and it may be my slightly-sheltered view of things, but the site is fundamentally open source, and you own your own data.


Given the massive numbers of people still flocking to and using Facebook, it doesn't seem like the vast majority of people really mind that much about giving over information about their interests. Either that or they're ignorant of the fact, which isn't really a crime.

But some people will decide that they would prefer to handle their own data. To be a node rather than an energy source. To control your data and still interact without it feeling like a transactional relationship. Because your close relationships aren't transactional - you share everything, on different levels, and rarely for financial gain outside of work.

And it's not always with your friends and family - they'd be bored of half of the tech shit I post. So I try and find communities to share with - Diaspora, Google+, LinkedIn and Twitter.

These networks know that, and they are not looking to compete with one another. Yes, they all need to make money, but once you achieve mass adoption as a network, you often have to compromise on your vision a bit more. I'm not sure that the guys at Diaspora (for example) would want that.

With social, the future is definitely niche - and I think that's where the smart people (not money) are going.