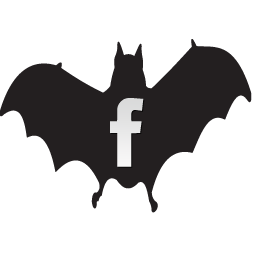 One of the most annoying things about being involved in social media is watching so many other brands get it so horribly wrong.

What’s even worse is when they get it wrong through sheer laziness. Making a genuine mistake is one thing, but to not give yourself a chance by not even bothering to read the terms and conditions of a site you are posting on is at best stupid, and at the very worse a sign that you don’t really care about how you exploit the people using that platform.

Take Seabrooks Crisps. This week, they launched one of those incredibly predictable Facebook competitions on their company page, where they ask fans of their page to change their profile picture (yawn) to a picture of a bag of crisps (YAAAAWWWN).

‘Hold the front page!’ I hear you cry…

Aside from it being a dreadful, worn-out idea, it’s also in contravention of the Facebook Competition Guidelines. It’s a sweepstake that uses Facebook’s core functionality. This is clearly verboten in their guidelines, but it doesn’t stop hundreds of Facebook pages, and brands big and small, from breaking the rules to gain an advantage.

And I think it’s great for the majority that abide by the rules when the ones that don’t get stung.

When SAS air travel broke the rules with this Facebook competition, they had their page, and the 116k fans they had, removed without warning by Facebook.

Sorry to come across as a grave-dancer, but GOOD…

(As an aside, I love how they tried to spin the video to seem like they were ‘going rogue’ and sticking it to the man by breaking the rules. You weren’t, SAS. It was a lazy idea and you got busted for it.)

It annoys me when I see bad competitions because I see the other side of it. I see developers, marketers, PEOPLE slaving away at interesting, useful unique ideas and applications, only for some dimwit to create a facebook page and try and gain more fans or followers by saying ‘Hey guys! Like us to get a free iPad’.

It’s depressing – like finding out that more people were into Keeping Up With The Kardashians than were into Starry Night by Van Gogh. Or The Only Way Is Essex, which is blatantly better.

I know that people are always into something for nothing – but really, would you want a fan for the long run if the only reason they liked you or followed them was because you gave them free stuff?

It just makes you look like a desperate cat in heat, with your arse up in the air.

It’s skanky, and it needs to stop – and I hope Facebook shuts down every offending page.