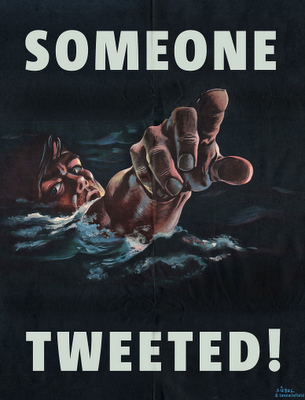 In the aftermath of the riots that have shook the country to it’s core over the past week, one of the most interesting and disturbing developments is not only the media and the government looking to try and blame social media and technology for the social issues behind the riots, but also the staggering amount of misinformation and negative memes disseminated through social networks.
It’s clear that in moments of turmoil, some people choose to try and be as unhelpful as possible.
One meme that I noticed on Tuesday going around Facebook was ‘RIP Broken Britain’, a series of soundbites designed to provoke anger at the supposed ‘liberal soft-soaping’ of people in this country, meaning that ‘decent folk’ couldn’t beat their kids, or I don’t know, shoot kids hanging around outside of their houses.
I often wonder where these memes come from, who plants them, and why they are so often from the right of the political spectrum. 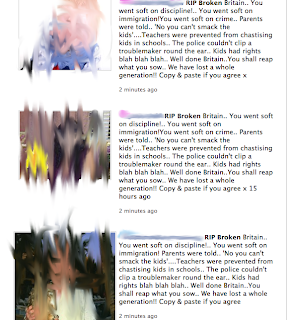 Another interesting site that got me thinking was a really informative post from James Cridland of MediaUK.

He came up with a simple set of guidelines that, in my opinion, all journalists, politicians and people in positions of power and responsibility should be taking notice of.

I strongly urge you to check out the site James has created for the full Tweet Responsibly guidelines, but to give a bit more context of where his idea came from, I contacted James, and he was happy to supply me with the following quote:

“I spent a long time on Monday mapping the Twitter riots - and spotted a lot of false rumour being placed on sites like Twitter that caused genuine alarm to people. I learnt a lot about how people are using Twitter: and it was notable on Tuesday that users were beginning to be more vocal about false rumour being placed there
I've worked in the media for the last 20 years, and I thought some simple, one-page guidelines (which users can tweet every so often) on how to use Twitter responsibly would be a good idea.
If you make mistakes - both the BBC and Sky did - then correcting these mistakes is important. Of course, not everyone will see these corrections, but it does still help put the record straight - and, as people search to verify rumours and gossip, they should see these corrections too.
The media has, by and large, done a good job of covering the use of social media during the riots. The Daily Mail has pandered to its readers' distrust of new technology as ever, but I've felt that the good points about social media have been highlighted just as much as the inevitably bad.
Notably, the police have been using social media to correct false rumours and calm the situation: something that, if David Cameron has his way and somehow bans Twitter during uprisings, won't happen. The media certainly understand this world more than the politicians.”

It is our responsibility to use the echo-chamber that is Twitter to genuinely disseminate information about the world around us. Twitter at it’s very core is a reaction to the world around us. we all put our citizen journalist hats on when it suits us, but can anybody see if you’re wearing it from your avatar? No? Then wise up and start telling your truth.

If you have influence, try to use it positively. It’s the only way this world is going to start communicating constructively. That doesn’t mean you can’t be negative, critical, or speak up for sections of society that are traditionally ignored and marginalised. In fact, the more you talk about it, the more attention you can bring to the issue. SHOUT IF YOU HAVE TO. Just be honest. If you have influence, use it for good.

Therefore, obvious joking and occasional glimpses of magic aside, do we have a responsibility to not fan the flames of salacious tittle-tattle for the sake of five minutes of fun? I think we do.