So there we have it. The Google Lord giveth with one hand, and takes away with another...
So there's no Google Circles for the time being. Just a bit of labs research. Although people's reactions to it suggest that there is a genuine hunger for a new way of sharing with your personal information.
The misinformation was clearly leaked though, and they certainly were in no rush to dispel the rumours, which at least means that they can get some good buzz monitoring out of the situation.
So still a well done for Google. Can't wait to see what they have up their sleeves socially - maybe combining the good elements of Wave and Buzz?
Posted by Unknown at Wednesday, March 16, 2011 No comments: Links to this post

Is Google getting ready to launch a social platform?
Apparently so.
I think this may be a good thing.
Why? Well...


Facebook has personalized and worked it’s way into your social circle to such as an extent that it’s almost hard not to see any non-adopters as dunder-headed technophobes (otherwise know as people that really value their privacy at some level). That’s the way Facebook wants you to feel. It wants you to feel left out if you are not already on board.
Google Circles could potentially be a plan B for people put off by the smothering blanket of ‘Like’.
Your social circle is not just a circle. Your mum is not mates with your old physics teacher (I hope), who in turn is not mates with your mate Barry.
By contextualizing relationships and offering a separate pool for each of your friendship groups (which is what Facebook tried to offer when they re-launched groups last year), you can get more value out of them than if you had all of your friends together in a large pool. It would also save the embarrassment of your mum or Aunt knowing that you smoked.
Our friendships aren’t shaped in a manner which can be catered for by a single circle. Maybe not even the Circles that Google are suggesting. But then, isn’t that what real life is all about?
Have a look at the presentation from Paul Adams (Google's ex-social technology researcher, and possible Godfather of Circles) below and let me know what you think.
The Real Life Social Network v2

View more documents from Paul Adams.
Personally, as it’s Sunday, and I’ve just had a massive roast, I’m voting that we wait for technology to catch up with those experiences.
Posted by Unknown at Sunday, March 13, 2011 No comments: Links to this post

The rush to get social media off the ground at companies is really apparent. But many feel that rather than concentrating on one or two platforms at a time to spread their message, and assign departments to look after the social assets, they should be 'just out there doing it'. So they sign up for every account imaginable.

When an astronaut is going into space, he is breaking new ground. He could be making history. He could be doing something nobody has ever done before, or adding a new perspective to something we've grown accustomed to (the moon).

Did he just get his hands dirty and do it? No.

He was just one part of a carefully considered plan. From inception, to carrying out the launch, to orbiting the earth, to going boldly where no man has gone before, he breaks new ground meticulously, to eliminate all reasonable risks, and carry out a successful mission.

He was part of an amazing team that trained with him, prepared him, gave him mission targets, and smaller targets along the way. They monitored and measured his progress and gave him feedback. They helped him when he got stuck. They didn't leave him hanging.

Mission control were always there for the astronaut.

Contrary to popular belief, Mike Tyson wasn't just an animal in the ring. 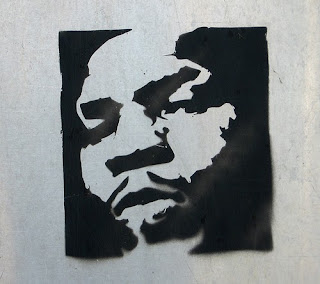 Muhammad Ali was the greatest, but Tyson was the best. At his peak, he was unstoppable, but in his corner he had his mentor, his biggest fan and his trainer, Cus D'amato. Tyson was a quiet boy outside of the ring, who really studied and understood his art. D'Amato honed his talent into something great by forcing Tyson to watch endless training videos, mapping out his opponents and mercilessly targeting their weak spots.

Tyson, although he was a strong man, would not have been the brilliant fighter he was just by turning up and slugging it out. Planning and careful preparation was needed to make him the boxing monster that he was (forgive the irony of that last statement). Stupidity, lack of planning and forethought was what ruined him outside of the ring.

Which one would you rather be?

The heavyweight that doesn't prepare?

The astronaut that just hops into a shuttle and blasts off into space?

Or would you rather be part of a winning team. Social Media mission control. The one that they all turn to when times are tough. The one that can think himself out of a corner.

Which one do you want to be? And which one is your company?
Posted by Unknown at Thursday, March 03, 2011 No comments: Links to this post