Why the UK will always lag behind in social media 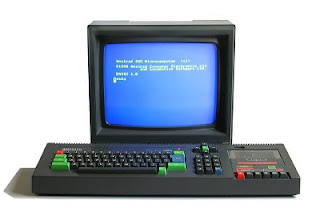 As you may know, I’m a bit into the idea of online and social communities. It’s kinda my job, you see. And I love it.

The thrill of creating a campfire, a room or a garden online and filling it with like-minded people, and sharing relevant information with them gives me a real buzz. And I don’t think that will ever wear off. social media levels the playing field with regards to platform, and with a few tweaks and a lot of hard work, you can grow a quality fan base that will provide you with as much of a lifetime value as some of the big brands.
But at the moment, living in the UK, I still don’t believe that we really ‘get’ social media.


Why is this? Well, there are a number of reasons, although firstly, I want to dismiss the straw man argument that it’s down to scale. In social media, as in life, size is not as important as quality.


One of the key reasons is that if you think about it, does the UK economy, heavily based on service and manufacturing, really value technological innovation, or even really understand it, or the people that do?
The worst thing about this is that I feel that as a nation, the UK is heading backwards. We never had much money when I was growing up (cue Hovis music), but I remember the first computer I ever owned was a good old, Alan Sugar-approved Amstrad CPC 464. It had British-bas developers. British-based games. It seemed homegrown. There was a refreshing lack of uniformity about the technology, and although it was hardly state-of-the-art, it was ours, and it was brilliant.
Ok, so were hardly pioneers, but we had a decent start-up offering us good home computers at a good price, which allowed programmers to publish public domain games that helped to not only influence a generation of geeks, but also a generation of popular culture too (Charlie Brooker has been weaned on this stuff, don’t forget).
Fast forward nearly thirty years however, and what do we have now? We live in the age of the internet. Not only our we actively engaging online, our kids are, and our grandparents are some of the speediest adopters around. And yet, when it comes to technological innovation, we are lagging so far behind the states it’s scary.
I love AudioBoo, and Mark Rock has done a great job with this start-up, gaining some pretty key advocates along the way (Stephen Fry, The BBC, *ahem* me...), but is it really going to be all down to him and a few key associates to drag Britain kicking and screaming into the digital age? It shouldn’t be. BTW, keep up the good work, Mark.
I don’t think adoption is the problem. I think that it’s funding more than anything else.


Why do you think that Pete Cashmore left Scotland when Mashable started getting succesful? Why is every single great social website or idea seemingly based in either California or Colorado? It’s not because of the weather (looking at you, Boulder). It’s the fact that there are investors over there who seem to understand that the true financial power of the internet is based upon disruption. And that’s where you will make your money.
Social Media has disrupted business whether we like it or not. It is not a fundamental change in the way we communicate. Telepathy is a fundamental change in the way we communicate. What it has done is forced companies to listen to their audience, and respond to positive or negative feedback, sometimes publicly.
Here in the UK, we do not reward disruption and innovation. We try to stamp on it. We have experts appear on TV talking about ‘Internet Service Protocol’ and ‘Broadcom licenses’. We pass a digital rights bill that pretty much prevents the hackers (Zuckerberg’s) of tomorrow fulfill their potential. Basically, if it’s not a shop or a fucking money-printing machine, you’ll get laughed out of any Dragon’s Den in the country. And that was before the recession. Even Channel four don’t believe in it
Even in Facebook marketing, most of our digital companies are being knocked into a cocked hat by Fox News! Regardless of what you think of their politics (I’m no fan), they know their audience, and they’re funding social initiatives, sharing stories with, and investing in their social spaces. You only have to look at that, and then look at how boring and staid our pages look to realise our attitudes towards social differ from across the pond.
FOX is what we should be aspiring to socially. PEPSI is what we should be aspiring to socially.

The US tech industry wants to disrupt. We want to contain. And we don’t even know enought to do that properly in places.
It would be great if we could start breeding tecnological, social innovators in this country. After all, we are the masters of the pub converstation, the terrace chant, and the mass phone vote. I would just like to see the innovators of tomorrow being given a chance, and being given some money by our short-sighted government(s).


Whether we like it or not, digital and social are the next battleground that we have to face as an economy. And at the moment, the best we can offer has been largely (wrongly) ignored.
So my wish for Christmas and New Year is for more money to be pumped into affordable tech education and new start-ups. And not just from the government.
Posted by Unknown at Saturday, December 18, 2010