MessageParty: making the social anti-social since 2010

Is it just me, or is this advert for MessageParty slightly depressing in a post-apocalyptic, 1984-meets-iPhone kinda way?


It’s for a chat application that is pitched as location-aware.You can have a messenger conversation with a group of people at a conference, check in with people in a bar and talk about football, chat to people at the bus-stop about the weather...

Hold on a minute, isn’t that what basic human interaction is about?
This product to me is the antithesis of what social media is about. Social media should always supplement real-life interaction, not replace it. I can’t think of anything more depressing that standing at a bus stop in total silence, typing about how much I like cats and football to somebody stood next to me who I don’t even know, and probably won’t even see again. That’s not conversational, that’s just vomiting useless personal information.
Also, if I was making a presentation and a load of people were engaging in an IM conversation whilst I was presenting, then I think that I could safely assume that I’m not doing a good job, but also that if they have a strong opinion, they’re not very good at expressing it, and would probably prefer to snark about it to somebody they’re trying to impress two rows forward.

Whichever way you look, it's certainly the opposite of the cheery, leaf-kicking corporate image they're trying to put across... 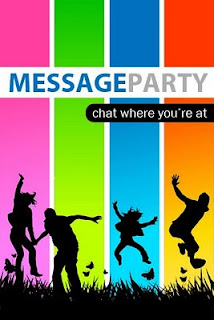 Messageparty: Officially the most boring party on earth? Prove me wrong...
Posted by Unknown at Wednesday, August 25, 2010 2 comments: Links to this post

It's Foursquare vs. Gowalla vs. Facebook Places... Or is it? 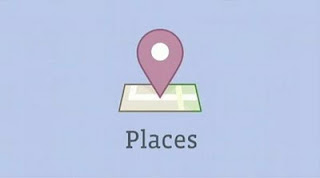 A lot of people will be asking what this means in the long-term for Foursquare and Gowalla, and as usual, nay-sayers have already written both companies off as yesterday’s news, which is slightly lazy.
Who says Foursquare is finished? Not me.
Yes, Facebook is capitalising on the geo-location boom by adding the Places service to their mobile application. And yes, a lot of people new to geo-locational tagging will naturally default to that service.
But it’s all about the right mix of positive user experience, customer service and look and feel.
Yes, we know that Facebook cannibalised Myspace. But did Google Buzz cannibalise Twitter and Facebook? No, because it failed to provide a positive user experience, looked tacked-on and dated.  But it’s still here, and I’m still using it for certain purposes. Ditto for Myspace and Twitter.
Why?
People will always want choice. The choice to choose to have their email account with one of the big four providers. They understand that their information is currency, and they won’t want to channel all of that information into Facebook.
Foursquare is young and agile enough to be able to adapt their service, and maybe offer new services that Facebook in its current form cannot offer. It has a head start in building client relationships. I’ve been lucky enough to chat to both Naveen Selvadurai and Ian Clearly of Foursquare when we were getting our brands Foursquare presence and special set up, and they literally bent over backwards to help. I even spoke to somebody on the phone to help set the special up. It felt to me like it was a star-up that cared about building bridges with a brand. For all of its qualities, I just don’t feel the same about Facebook. Places just feels like a land-snatch to me, but that’s me reacting to it on an emotional level I guess.
It depends how you want your ice-cream. Do you want three different types of vanilla, or do you prefer an online strawberry sundae?
Posted by Unknown at Thursday, August 19, 2010 3 comments: Links to this post

The new Digg has just launched, and I've got an invite to test out the new alpha version (along with millions of other people, including Bill Cosby hopefully).

I'm having a play with it at the moment, and I'll let you know what I think of it shortly, but in the meantime, here's a nice info-graphic I found on http://www.popjolly.com/

Via: Wwww.onlineschools.org
Posted by Unknown at Wednesday, August 18, 2010 No comments: Links to this post

What we can learn from Fabio Capello's treatment of David Beckham? 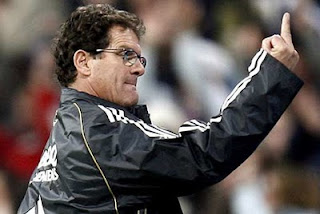 Last week, Fabio Capello dropped David Beckham from the England squad.
On it’s own, this may have been a big story anyway (Beckham is one of the
biggest stars in the world, and helped to revolutionise personal branding
amongst sportsmen in the UK). But the way in which he did it was the most surprising.
He didn’t do it face-to-face.
He didn’t even give Beckham a call.
He did it LIVE ON TV...
To quote:
“Thank you for helping me during the World Cup, but probably (he) is a
little bit old.“I won’t be picking him for any more competitive matches, David
is a fantastic player, he was really important, but we have to see the new
players for the future because the age is important for a lot of people, not
only for David.”
Wow – this is one business announcement that should have been announced
internally first.
That is bad social business.
Why?
Fabio used the wrong line of communication: he chose an indirect medium to broadcast a message to Beckham, whether that was his intention or not. This is just the same as firing one of your employees over Twitter, or announcing mass redundancies on Facebook (you wouldn’t get many ‘likes’ for that one). It’s insensitive, and shows a lack of communication skills. Capello should know a lot better than that, as he is an experienced manager. To be poor at communication within a company is bad, as it can dent morale, but if you make that lack of communication public, watch your brand sentiment take a nosedive.
As a boss, you have to offer protection to your employees, and show tact.
Beckham may be 35, and he may not be fit enough to grace the Wembley pitch again, but he deserved to be told with a degree of dignity and diplomacy, and not broadcast over the airways in slightly more than 140 characters.
So please think about your friends, colleagues and co-workers before you
compose your next Tweet or status update. You could end up damaging friendships, as well as your brand's reputation.
And my message to Beckham? Well, thanks for the memories!
Posted by Unknown at Monday, August 16, 2010 No comments: Links to this post